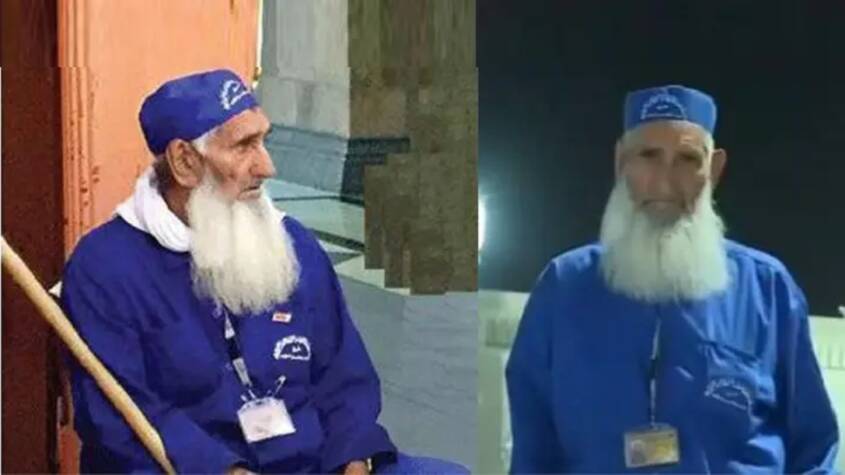 Madinah: 80 year old Man who has being in employment of Masjid Al Nabawi as cleaner has finally been retired due to his old age. The man identified as Moqtada was reported to have served Masjid an Nabawi for 40 years (four decades).

“It was a tough moment when my employer told me that I am being retired because of my old age.” Moqtad told the media.

Citizens of Saudi Arabia have also launched a funded campaign for the worker, after his photos went viral. Social media influencers in nthe Kingdom are calling for a special honour for him

Majority of citizens have also urged the Saudi Government of Saudi Arabia to give the worker a permanent iqama and citizenship as long as he agrees to stays in Saudi Arabia.

Writer Hamad Al-Majed of Asharq Al-Awsat newspaper said that he had informed officials of the Saudi Binladin group about the worker’s campaign.

Saudi woman writer Monaira Al-Qadeeb also extended her support for the campaign. Adding people like these workers should be honored.

This website uses cookies to improve your experience while you navigate through the website. Out of these cookies, the cookies that are categorized as necessary are stored on your browser as they are essential for the working of basic functionalities of the website. We also use third-party cookies that help us analyze and understand how you use this website. These cookies will be stored in your browser only with your consent. You also have the option to opt-out of these cookies. But opting out of some of these cookies may have an effect on your browsing experience.
Necessary Always Enabled
Necessary cookies are absolutely essential for the website to function properly. This category only includes cookies that ensures basic functionalities and security features of the website. These cookies do not store any personal information.
Non-necessary
Any cookies that may not be particularly necessary for the website to function and is used specifically to collect user personal data via analytics, ads, other embedded contents are termed as non-necessary cookies. It is mandatory to procure user consent prior to running these cookies on your website.
SAVE & ACCEPT